Ubisoft and developer Blue Byte have launched football-themed special events for multiplayer city-builders The Settlers Online and ANNO Online. Personally, after watching England's four-yearly humiliation, I'm pretty sick of football right now. Those of you from competent footballing nations might be more favourable.

During both events players will collect as many footballs as possible to "earn and unlock powerful and valuable items in-game".

Ubisoft celebrate Easter with Anno and The Settlers Online

Special events are scheduled for Anno Online and The Settlers Online as Ubisoft celebrates Easter, the holiday of the sacred chocolate egg hiding bunny rabbit. Easter Eggs are dotted all over the land.

There are also special Easter-themed buildings to be unlocked. The Easter Event begins today and runs until April 29th for Anno Online. The Raving Rabbids Statue returns for The Settlers.

Blue Byte's Anno Online is now entering the open beta phase for English speaking gamers. The free-to-play strategy sim has been developed with features suited to a "persistent, web-based game."

Ubisoft announce the closed beta was a "great success due to the high stability" of Anno Online, with testers given a decorative gift in thanks. A premium ship is also offered if they keep testing.

Ubisoft has announced that the English-language closed beta for Anno Online has been launched. The game, which bases itself on Anno 1404, is a free-to-play and browser-based strategy multiplayer game. 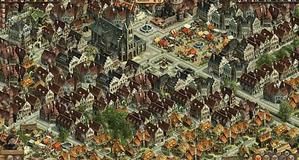 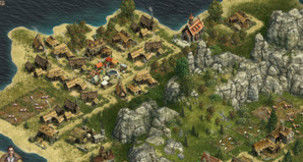