Piranha Bytes is claiming that after Risen 2, they will be developing and publishing the next Gothic game, stating that JoWood's licensing agreement ends at an unspecified time soon.

Publisher JoWood has confirmed that ArcaniA - Gothic 4's add-on Fall of Setarrif has been delayed "indefinitely," citing brewing legal troubles for the game.

In fact they call its legal background "unclear and diverse" surrounding the main games funding. Until this is cleared up JoWood are keeping it "on hold".

JoWooD Entertainment and Spellbound Entertainment have announced that a standalone expansion to Arcania: Gothic 4 will be released on March 25, called Arcania: Fall of Setarrif. 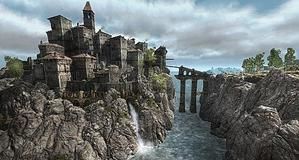