Ubisoft's new Assassin's Creed: Syndicate has just been officially revealed through their live stream announcement. What's clear is that the streets of London are the battleground for class warfare between Assassins and Templars.

A pre-alpha gameplay walkthrough showed horse-drawn carriages as a major mode of transport in Syndicate, along with a new rope dart accessory to easily scale buildings. It's very 'Gangs of New York' inspired.

What's all this then? Ubisoft will be making an official reveal today for the next major Assassin's Creed which will take place during the industrial revolution in London, England. It's believed we'll play a female assassin.

The premiere reveal will be live streaming in just a couple of hours today @ 5.00pm GMT+1. It's here we'll get confirmation of the name and the setting, including our dashing new 'hero'.

The 2.5D side-scrolling Assassin's Creed Chronicles: China is in fact just part one of three episodes that Ubisoft has planned, which debuts April 21st. The second will take us to India, and the third into Russia.

Each will be a standalone experience with a loose overarching narrative, and each can be bought separately or together with a season pass. The two remaining episodes will hit in autumn this year.

It's possible we have a name for a new Assassin's Creed title in the works at Ubisoft after a document shows a spread of promotional work, but it's also possible this was the name internally for Black Flag.

The reason this could amount to nothing is because the 'Golden Age' is likely referring to the 'golden age of piracy' that was the main theme of Assassin's Creed IV: Black Flag. The images are also 'piratey'. 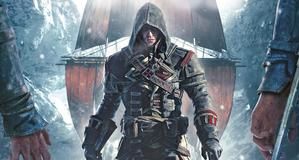