Every step you take… I'll be narrating you.

In the RPG we play as a young singer called Red who comes into possession of the mysterious Transistor, a powerful and intelligent sword. It's got turn-based strategy with real-time movement.

Bastion's Supergiant Games is putting together another rather unique adventure with the voice of the narrator carrying over into their new game; Transistor. We play a singer, Red, who has her voice stolen.

Assassins are after her and we come across a curious sword that's a lot more than it seems. Supergiant has released some gameplay footage showing off their new features for combat.

Despite strong sales of Bastion, developer Super Giant Games has no intention of working on a sequel. The developer wishes to move on to a new game, instead. 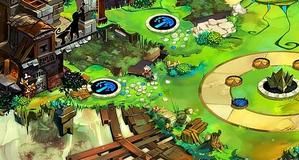