Slitherine has announced a new expansion for Battle Academy, called Fortress Metz. The town is located in Lorraine, France, and was annexed by Germany in 1940, becoming a stronghold for the Third Reich and a target for the Allies.

Strategy house Slitherine has lost "tens of thousands of dollars" and a "big commercial opportunity" because of their casual title Battlefield Academy.

Slitherine were "caught in the middle" because it was a BBC brand, and the UK broadcaster "wasn't prepared to start a fight" with EA. They chose to rebrand. 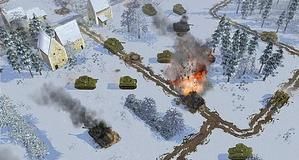