Nick Horth settles down with a mug of hot milk for a fairy tale before bedtime.

Ubisoft release picture-book story to celebrate first anniversary of Child of Light – could a sequel be in the works?

I was thoroughly enchanted by Ubisoft's fairy tale RPG platformer Child of Light, to the point where I was willing to overlook some pretty tenuous 'rhyming' dialogue. It helped that the art was utterly charming, and the world of Lemuria beautifully designed. And the song that plays over the credits didn't make me tear up, so shut up.

Given all that, it's nice to see Ubi release a free illustrated art book, Child of Light: Reginald The Great, to mark the first anniversary of the game's release.

Child of Light turned a profit for Ubisoft

Ubisoft tried something a bit different with Child of Light, a side-scrolling fairy tale RPG with a little bit of platforming mixed in. The risk seems to have payed off.

According to creative lead Patrick Plourde, for whom the game was a very personal project, the game has turned a profit since its release back in April of this year.

A launch trailer accompanies the release of Ubisoft's Child of Light. It's the side-scrolling RPG with turn-based combat from mostly Far Cry 3 developers taking a break from blowing up jungle islands.

The Ubisoft Montreal title uses the UbiArt Framework engine which debuted with Rayman Origins, and was used again with Rayman Legends. The young girl Aurora must find her way home.

Fantasy RPG Child of Light from Ubisoft is nearly here and today they release the third Making-of video looking behind-the-scenes of the game's development. Child of Light is a platform RPG with turn-based combat.

Child of Light follows a girl from 1895 Austria who falls asleep ill and suddenly wakes up in the mythical world of Lumuria, which has had its sun, moon and stars stolen by the Black Queen.

There's a new trailer for Ubisoft's upcoming 2D RPG Child of Light, that shows the gorgeous environments that players will explore in the fantasy world of Lemuria.

Interestingly, the video also shows our hero Princess Aurora growing older as she travels across the world. We'd previously only seen her as a little girl. 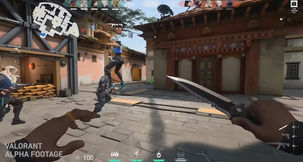