The initial differences between City of Heroes and City of Villains is not that great, in fact, the fundamentals are basically the exact same.

City of Heroes has finally given in and gone free-to-play, a subscription model that has proven more profitable than the flat subscription rate. The new version, City of Heroes: Freedom divides the game into free and premium content, giving gamers who still want to pay the monthly fee all of the content they cherish.

The latest expansion to MMO City of Heroes will be out August 17th announces NCsoft, which adds in the option for heroes to switch sides.

You can even start a neutral character in the new alternate Praetoria universe, making choices that will either lead to villainy or heroism. 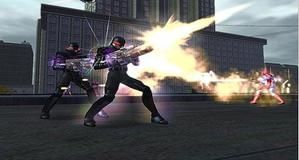