How the west was won - with the not very careful application of super-heavy tanks.

Relic has announced a new singleplayer campaign expansion for Company of Heroes 2. We're heading to Belgium, specifically to the Ardennes Forest, site of the infamous Battle of the Bulge.

Company of Heroes 2: Ardennes Assault will see the US army take on the might of the German Oberkommando West in 18 new solo scenarios based on one of the bloodiest battles of World War Two.

Developer Relic Entertainment has released two new trailers, one for each faction, that show off some off the new units and maps players can expect. 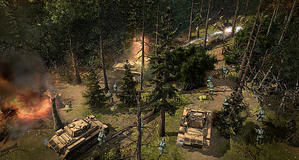 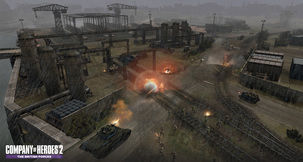