Bethesda has finally announced the long-rumored MMO version of their popular roleplaying series, The Elder Scrolls Online. The MMO is being developed by the newly formed ZeniMax Online Studios team, and it will take place a thousand years before the events of The Elder Scrolls V: Skyrim.

Former Mythic CEO Mark Jacobs, who developed Warhammer Online and Dark Age of Camelot, explained his reasoning behind leaving the company he had co-founded after publisher Electronic Arts merged with Bioware in 2009. Simply put, he felt there was no place for him in EA's plans for Mythic.

"Let me be very clear about this," Jacobs stated. "John Riccitiello is the CEO and it's his company. They bought Mythic. JR has the right to do whatever he wants. I will never look at him or say publicly 'why would you do that, bla bla bla?' That's not my job. 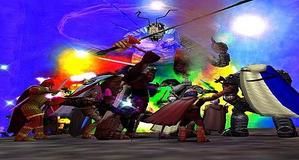