Yes, its over-dramatized sound may startle the neighbors, but with so much packed into one game, missing it would be much, much scarier.

Dead Space free on Origin until May 8

Ah, remember the good old days when Dead Space was a survival horror series? When you were fending off twisted alien freaks with little more than a staple gun, rather than machine-gunning everything into niblets with a custom-built nuclear-powered death harpoon?

Well here's your chance to relive the golden days, as EA are offering the original game for free on Origin until May. 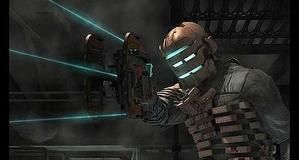