The Chinese Room has confirmed that their Everybody's Gone to the Rapture PS4 game will not be releasing this year. It would be "unrealistic" to assume it was ever going to be out in 2014.

The developer never gave 2014 as a date as it was just assumed when a trailer debuted last year. They've also removed a 60-minute time limit they had planned.

Game of the Month - February

February was a great month for games, but who came out on top?

Frictional: A Machine for Pigs won't be "friendly, cuddly or cozy"

For those few gamers who are worried about the lightening of the mood in the sequel to the dark horror game Amnesia: The Dark Descent, A Machine for Pigs, Frictional Games boss Thomas Grip reassures them that the game will be anything but "friendly, cuddly or cozy." 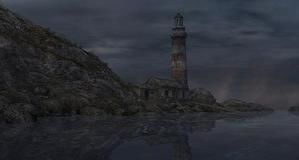