NeocoreGames' tower-defense spin-off Deathtrap for the Van Helsing series will be springing its deadly traps this February 4th. Currently it's in Early Access on Steam but will fully release early next month.

It's a hybrid of tower-defense and action-RPG, as we must build traps and defenses to thwart enemy waves. We can choose to play as the attacker or defender, and an editor lets us create battlegrounds.

Coming to Steam Early Access this month, Deathtrap is gory tower defence with a splatter of action RPG

You know the score; there are gribbly monsters trying to get from one side of your dungeon to the other. You must discourage them. Violently, with a selection of gruesomely efficient traps and spells.

Incredible Adventures of Van Helsing developer NeocoreGames has announced they're getting into the tower-defense business with Deathtrap, which is due out on PC and Mac this autumn through Steam.

We'll be holding off monstrous creatures and legends as we build our defenses on islands throughout the "whirling mists of the otherworld". It blends action-RPG and tower-defense. 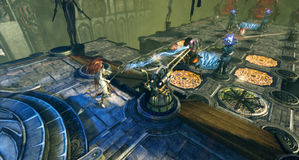 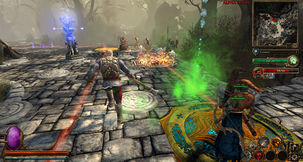