No, you're not hallucinating. John Carmack, creator of first-person shooters and dabbler in rocket science, has left id Software to join VR company Oculus Rift where he'll serve as chief technology officer.

Carmack was a founder of the game studio that created Quake, Doom and Wolfenstein. He believes VR will have a "huge impact" in the coming years, and wants to be upfront.

UPDATE: Apparently John Carmack is not actually leaving id Software, as he'll "continue to provide leadership for our games in development," tweets id.

Willits: Original Doom 4 production "did not have the spirit" of a Doom game

Tim Willits of id Software has explained why the Doom and Quake dev ditched the original production of Doom 4, saying it "wasn't one thing" that could be singled out like art or code, but a general lack of 'soul'.

The studio felt it suffered from an "identity crisis," and didn't really feel all that Doom-like which is "very hard to articulate." Both id and Bethesda felt it needed to be rebooted.

Doom 3: BFG Edition not shipping with the Oculus Rift

Those who backed the Oculus Rift project on Kickstarter will be disappointed to hear Doom 3: BFG Edition won't ship with the project after all.

DOOM's modding community should listen up. The GPL source code for DOOM: BFG Edition is available on the site's id software page.

Dark Mod for Doom 3 brings Thief to the shooter 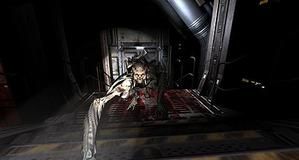