The brick and mortar retail scene is about to catch up with the digital world as tomorrow, August 16th, 4X fantasy empire builder Fallen Enchantress: Legendary Heroes releases via publisher Kalypso Media.

In Legendary Heroes your Kingdom can attract Champions to your cause who power up through a new levelling system, as does your sovereign. It's the sequel to Elemental: Fallen Enchantress.

Stardock's CEO Brad Wardell has announced that Elemental: Fallen Enchantress will be given away for free, as restitution for the buggy release of the original Elemental: War of Magic.

Stardock CEO Brad Wardell is currently embroiled in a sexual harassment suit against former employee Alexandra Miseta, whom Stardock is suing for her alleged sabotage after she quit as marketing manager. The company blames her for the poor sales of the company's ambitious strategy game, Elemental: Fall of Magic.

CEO Brad Wardell of Stardock Games has explained his studio's plan for the new Elemental title, Fallen Enchantress It's "name is tarnished" he admits, because the original was a "mediocre game."

The Galactic Civilizations developer knows they dropped the ball with War of Magic in 2010, and Wardell feels so strongly about this he's offering either a discount on Fallen Enchantress, or a free copy depending on when you bought the game. 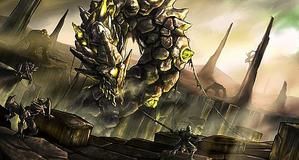