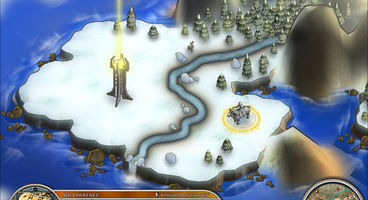 Stardock CEO Brad Wardell is currently embroiled in a sexual harassment suit against former employee Alexandra Miseta, whom Stardock is suing for her alleged sabotage after she quit as marketing manager. The company blames her for the poor sales of the company's ambitious strategy game, Elemental: Fall of Magic.

Months after her departure, Miseta has sued Stardock with a sexual harassment claim. According to an e-mail exchange between the two, Miseta requests that Wardell "never touch my hair or any of my body parts, not even jokingly" and to "be careful with your 'jokes' which are at many times inappropriate, sexist, vulgar, and very embarrassing." Wardell's response: "I am an inappropriate, sexist, vulgar, and embarrassing person and I'm not inclined to change my behavior. If this is a problem, you will need to find another job."

Three weeks after her lawsuit was not dismissed by a court, Stardock's has counter-sued her, charging her with deleting, destroying and stealing marketing and analytics information after she quit the company. The lawsuit for over $1M in damages claims her actions led to severe layoffs at the company. Miseta's lawyer predictably responded "it is our opinion that Mr. Wardell's lawsuit against Ms. Miseta for allegedly deleting files, etc., is baseless and was brought solely in retaliation for her sexual harassment lawsuit. We firmly believe that Ms. Miseta's leaving Stardock had absolutely nothing to do with any failures pertaining to Stardock's release of Elemental."

Wardell has admitted that he was "a jerk", but states that Miseta's personal retribution "it does not justify her getting pissed off, quitting without notice and using her network access to wipe out our marketing assets 3 weeks before the ship of the game forcing me and a few other key team members to scramble at the last second to deal with it." He added that while the game itself wasn't great, it "doesn't excuse someone from maliciously and intentionally wiping out years worth of marketing data, assets, etc."