Eschalon: Book III transports you to a time where RPGs didn't really have graphics (or mercy).

Basilisk Games has announced that Eschalon: Book III will release for Windows, Macintosh and Linux on Valentine's Day, February 14th, 2014.

Eschalon: Book III was recently approved on Steam's Greenlight service and will be available worldwide and DRM-free from most digital distribution portals when it launches.

Developer Basilisk has announced that Eschalon: Book III has been launched on Steam Greenlight, and the third in the roleplaying game series. The game, which aims "to feel like a true pen-and-paper RPG" is due to be released sometime in Summer 2013. 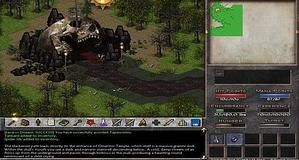