This venerable strategy game gets a Far Eastern shot in the arm... 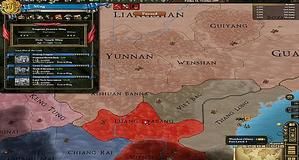