Sony Online Entertainment is introducing level 85 Heroic characters for those who want to jump into the high level content in EverQuest II. Logging in between now and October 15th gets you one free Heroic.

SOE also explain how to get hold of a Heroic level 85 char outside this Hero's Call promo, which includes a 'Try Before You Buy' trial. Free and Silver accounts no longer restricted on items.

For the last year, Everquest II had been split into the subscription-based MMO and a free-to-play, browser-based game called Everquest II X. Sony Online Entertainment has announced that since the free-to-play version has been successful, the two populations will be merged into a single, free-to-play MMO. 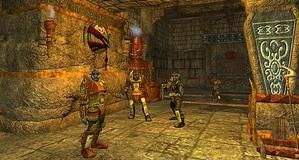