With good graphics, fitting sounds, and a high-level of game-play, EverQuest II: Desert of Flames has hit the mark. 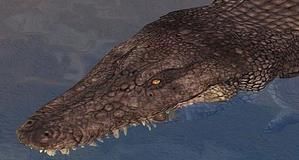