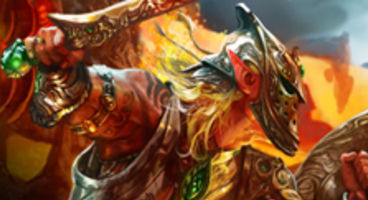 The latest expansion Sentinel's Fate is heavily restricted. The four membership levels are Bronze which costs nothing, Silver for a one-off $10, Gold at $15 a month and Platinum for $200 covering a full year's play and giving access to Sentinel's Fate.

All have access to 4 races with others being purchasable. Bronze and Silver get 8 classes free, Gold and Platinum get all offered in the price. All the levels save for Platinum will have to pay extra to extend the player level cap from 80 to 90.

Each membership level also enforces varying restrictions on gear, character slots, bag slots and even the amount of gold you can have per level. Also the amount of active quests you can have, the ability to send/receive mail and priority from customer services.

Extended also launches with a web-based download app that allows you to skip the need to download the entire game before playing, much like Blizzard's 'streaming' option for World of Warcraft for those without much HDD space.

An in-game store will use micro transactions for potions, armour, classes, races, weapons, mounts and whatever else SOE decide. The development team will be using this time to improve the game, in both forms, in many areas like graphics and UI.