Far Cry returns home: to the PC, and the tropics. No Trigens this time though.

If you're looking for a better and more streamlined Far Cry 3 experience, Redux mod will surely be your best bet. Here's the jig.

Not even those fancy augments from his time as Deus Ex: Human Revolution's Adam Jensen could save actor Elias Toufexis from being replaced as the voice of Far Cry 3's Jason Brody as Ubisoft panicked.

There was a fear the two characters might get 'confused' and so Elias Toufexis had all his voice work scrapped, which was recorded over two years before Deus Ex debuted. 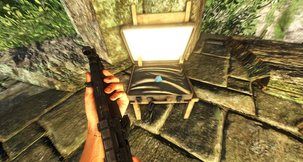