Ubisoft announced that the remake of the classic 1992 platformer Flashback is now available for digital distribution PC, including GamersGate. The game will also be available tomorrow on PSN.

Flashback HD, the remake of the 1992 platformer that was originally released on PC, Amiga, Super NES, and other platofrms, was released on the Xbox Live Arcade back on the 21st August. It is now currently available for pre-order on Steam, to be released on the 1st October.

Flashback was one of the most cinematic platformers of 1992, released on PC, Amiga, Super NES, and other platforms, and remains a beloved classic to this day.

Major Nelson has revealed the schedule for the annual Summer of Arcade for 2013, which will be starting on the 7th August. The four games that will be highlighted includes James Silva's long-awaited Charlie Murder. 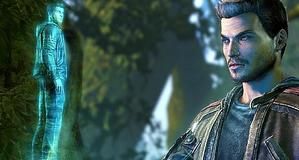