FlatOut 2 promises to bring back the well-loved car racing game where you take part in ensuring harm against those AI drivers going against you. 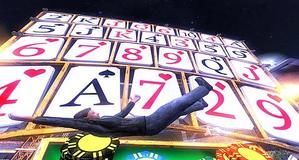