A string of red tape has revealed that, as of May 10th, the rights to the FreeSpace IP were relinquished by THQ and Volition as Interplay took control. It was revealed from paperwork filed recently.

The United States Patent and Trademark Office website lists Interplay as the current IP holder. Volition made Descent: FreeSpace and FreeSpace 2, with the studio bought by THQ in 2000.

After a decade away from game design, Chris Roberts is returning to the source of his fame as he announces the Roberts Space Industries website; he has something new.

He's been working on something for "just under a year" and this October those who signup are promised a "private showing" of his next project. Past games include Freespace and Freelancer.

Volition wants to do FreeSpace 3

Volition may be having fun developing Saints Row and Red Faction games, but what producer Jim Boone would really love to be doing is working on a new FreeSpace game; the last game in the series, FreeSpace 2, was released in 1999. 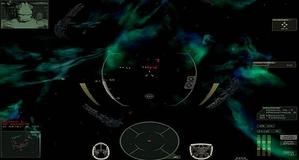