Square-Enix has announced that Hitman: Blood Money has been added to the roster of free-to-play, browser-based games that are available on Core Online.

Developer IO Interactive is going all out with the latest Hitman title, which includes experienced actors lending their talents to bring Absolution alive. 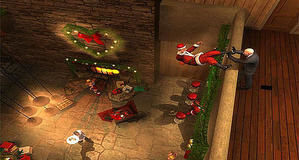