Turbine are mainly known for developing MMO titles such as Asheron's Call and The Lord of the Rings Online, although it's currently working on the MOBA Infinite Crisis. Although information is limited, we don't think this should affect the development of Infinite Crisis or delay it at all, but we'll keep you posted if we hear anything.

Nightmare Robin and Atomic Joker have joined the cast of Turbine's DC MOBA Infinite Crisis as part of a new update which also adds a new tutorial mode and some "major performance improvements".

Joker, Catwoman and Aquaman get kitted out for the beach in new Infinite Crisis costume collection

The Summer Collection hit the Infinite Crisis store this Wednesday, June 25 and is available for 650 Crisis Coins.

Supergirl is the latest character to join Turbine's free-to-play MOBA Infinite Crisis. Like her cousin and fellow superhero Superman, Kara Zor-El is a speedy, in-your-face brawler.

She's coming to the game on July 2. 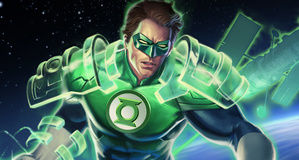