With Jagged Alliance: Back in Action and Jagged Alliance 3 having been announced, the third new entry into the series, Jagged Alliance Online, has gone relatively unnoticed. While the idea of a browser-based tactical strategy MMO version of Jagged Alliance may seem like an attempt to jump onto the FTP bandwagon, the game itself is deep and well thought-out.

Gamigo has announced that Jagged Alliance Online is going into closed beta-testing. The game is a browser-based MMO based on the classic tactical strategy game. Players interested in signing up to beta the MMO can do so at the official site here.

gamigo and bitComposer have announced at Gamescom Jagged Alliance Online, which is will be a free-to-play, browser-based MMORPG based on the popular tactical strategy-RPG game. 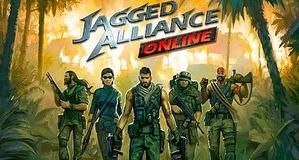