Lead & Gold is the first game from Fatshark, the creators of Warhammer: Vermintide, and they're giving away 1 million Steam keys for the game right now. Come get!

Fatshark is giving away 100,000 copies of Lead and Gold

Fatshark, the developers who are now probably best known for Warhammer: Vermintide, put out a multiplayer western game called Lead and Gold: Gangs of the Wild West back in 2010. Now they’re giving away a whole bunch of Steam keys for that game.

Paradox announce War of the Roses, rise from "serf to a noble"

Fatshark is developing War of the Roses, announces Paradox Interactive. It's a multiplayer 'shooter' set in medieval 15 century England and is ripe for action.

It's a time of "conflict, treachery and bloodshed." We create our own characters as we pull ourselves up from the muck. Single-player 'prepares' for multiplayer.

Paradox Interactive today announced that Lead and Gold: Gangs of the Wild West, the widely-acclaimed team-based multiplayer shooter which lets payers engage in the glory of the Old West, will now be hosted on dedicated servers.

The transition to dedicated servers signals Paradox Interactive and developer Fatshark's continuing dedication to providing an optimized gameplay experience to fans of the adrenaline-fueled action and fast-paced gunfights found in Lead and Gold: Gangs of the Wild West. 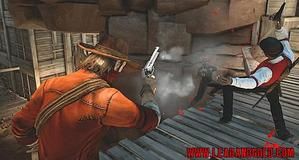