Fatshark are giving away 1 million Steam keys for their first ever game, fun multiplayer Western shooter Lead & Gold. No catch, no issues, they're just giving away that many keys for free. Want to get a free awesome game from the makers of Warhammer: Vermintide? See below!

We've got an interview with Fatshark CEO Martin Wahland and Designer Mats Andersson on Vermintide 2!

Death on the Reik announced for Vermintide, and it's not the game's last DLC!

Enough prevaricating - go get your free copy of Lead & Gold right here. Literally all you have to do, apart from scrolling down the page a bit, is to follow Fatshark on Twitter (you can unfollow them later if you're feeling mean) and visit the Warhammer: Vermintide 2 Steam page. You should get an email with your code very quickly. We did.

CEO of Fatshark Martin Wahlund had this to say about the giveaway:

"Lead and Gold was our very first game, and it has a very special place in our heart. It is a great game that we are proud to be able to share with one million gamers. Get your cowboy on, and see you in the Wild West." 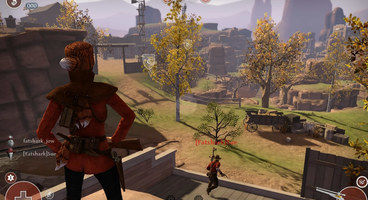 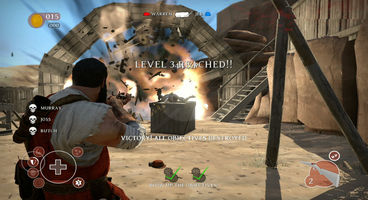 Lead & Gold still has a 'Mostly Positive' rating on Steam, with everyone saying it's a massively fun shooter, but literally the only complaint being that there aren't enough people playing it right now. Hopefully by injecting 1 million copies of the game out into the wild people will actually start playing it again.

In case you forgot, Fatshark are currently working on Warhammer: Vermintide 2, the sequel to their wonderful Left 4 Dead-style co-op game. We've got an interview with Fatshark CEO Martin Wahland and Designer Mats Andersson about the game right here, if you're interested, and we should have a preview coming very soon.