Funcom, the Oslo-based MMO developer of The Secret World and most recently, the commercially flailing Lego Minifigures Online, has confirmed that it is "actively seeking interested parties for discussions surrounding a possible investment, acquisition, merger, or any other available options."

Originally launched last year as a free-to-play PC MMO, Lego Minifigures Online didn't perform anywhere near internal projections in relation to the game's target audience. Feeling that the monetization model made the game less fun (which should come as no great surprise), Funcom proceeded to overhaul the game and re-release it in June in a premium format though sadly, it failed to fare any better as a result.

The free-to-play LEGO Minifigures Online is going to be repackaged as a "definitive version" by the end of the month. Funcom are going to switch over to 'buy-to-play' instead and include all content.

The MMO will also connect to the "same persistent online world" across all platforms "with thousands of other LEGO fans" living the dream. It's coming to Steam as well for $30.

LEGO Minifigures Online, the upcoming free to play MMO build-em-up from Funcom based around the Minifigures line, has released a new trailer showing off the game's various worlds and characters. 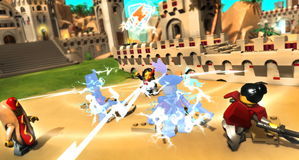 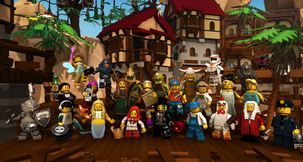