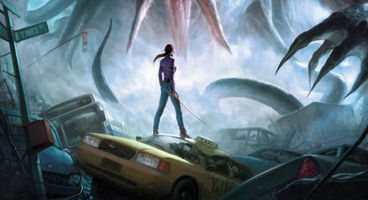 As a matter of the fact the day after the raid by Norway's Økokrim agency, Funcom was 'business as usual' on game production as their computers were left alone.

“There was speculation that we were out of business and that the Økokrim had taken all of our computers, They took a handful of computers, didn’t touch the production environment and gave them back two days later. We were back in full production the day after they came. So even though it was quite a dramatic event, it all blew over very fast. The police were very professional," Funcom CEO Ole Schreiner told GamesIndusty.biz.

The Økokrim were acting on an anonymous insider that alleged former Funcom CEO Trond Arne had dumped 650,000 shares ahead of a regulatory process, claiming he had done so because The Secret World wasn't worth what they had reported and so committed insider trading. The raid therefore was to assess these claims.

“What we know is actually very little and the few things we do know, we can’t talk about,” he explained, “because it’s an ongoing case. The investigation began in 2012 and it’s assumed that this is that investigation being prolonged, that has led to this charge against Funcom N.V.: the company which is listed on the Oslo stock exchange, the holding company."

“The charges are two-fold. The first is that Funcom, between August 2011 and August 2012, manipulated the market. The other is that we had wrongfully filed insider information. No current employees of Funcom have been charged. We don’t really know any more than that, so a handful of us, me included, have been interviewed as witnesses."

“We’ve been cooperating fully with the police on everything, giving all our information and helping when they need any more documents. We definitely want this case out in the open and done with as soon as possible.”

“I think things have settled,” Schreiner concluded. “We have to take some criticism about not keeping the press well enough informed. The only thing that the police have told us is that the company might get fined, that’s what we know. We’ve had no indication whatsoever of the potential magnitude of that fine or how long it could take."

"We want to cooperate as much as possible and get things done.”

Funcom operates The Secret World, Age of Conan, Anarchy Online and currently has LEGO Minifigures Online in development. Check out the full interview between CEO Ole Schreiner and GamesIndustry.biz for more on this saga.