Age of Conan: Rise of the Godslayer Summary

Age of Conan: Rise of the Godslayer Review

An expansion for the ages? (PC)

Age of Conan is celebrating its 5th anniversary with a wave of huge monsters terrorising the MMO world of Hyboria. Beginning tomorrow at 4.00pm CET/10.00am EST there'll be huge boss monsters for five days.

Great rewards are teased for those strong enough to take them down. Funcom are also doubling up XP boosts and Bonus Points to spend in-game, and Access Passes to the Khitai region.

Funcom has announced in its developer update that the crafting system of free-to-play MMO Age of Conan has been completely revamped.

According to the developer, “This is a totally new system. When we sat down and looked at the system and how we could add depth and improve engagement, it became clear that it was better to start over. So rather than try and shoe-horn what we had into something a little more useable, we decided to bite the proverbial bullet and start over.”

This content update offers the chance to explore the ancient halls of The House of Crom, a location that stretches over two vast in-game dungeons. It will be available to both free-to-play and premium players.

"We are very excited to see such a great reaction from the players," says Game Director Craig Morrison.

Age of Conan: Rise of the Godslayer Essentials 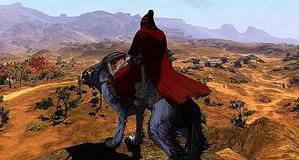