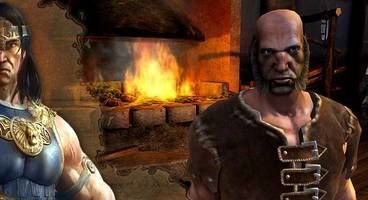 Funcom has announced in its developer update that the crafting system of free-to-play MMO Age of Conan has been completely revamped.

According to the developer, “This is a totally new system. When we sat down and looked at the system and how we could add depth and improve engagement, it became clear that it was better to start over. So rather than try and shoe-horn what we had into something a little more useable, we decided to bite the proverbial bullet and start over.”

First, crafting quests are now gone. “Progression in crafting and gathering will now be linked to actually making items and using the relevant skills. There will be no more make or fetch quests required to level-up your skills; instead, you will progress through the levels as you use the skills,” explained the blog.

In addition, random attacks at Nodes while gathering have been removed. Random bonuses, however, may still occur, and gathering locations will be overhauled to include more variety.

Another major change will be how crafting will be implemented. While the quality of materials will obviously affect the quality of the finished product, players will now be permitted to refine the materials. Crafting will also no longer be instantaneous. High level characters, however, will be able to queue item crafting.

For gamers who are worried about their existing crafed items, Funcom warns, "None of the old items made with the system will disappear. All gem slotted items will still be there. It simply won't be possible to add or remove gems to slotted items after the change. We will be giving plenty of notice to players prior to the changes going live, but any of the current trade-skill items you want to have in the bank for use, or just for posterity, will have to be made prior to the changes going live."

Age of Conan went free-to-play last year, revitalizing the MMO, which regained hundreds of thousands of players since the transition.