Keiji Inafune quits Capcom after 23 years, must "walk without me"

R&D boss Keiji Inafune of Capcom has left the company after serving it for 23 years, noting that reaching the top of it meant he had 'nowhere to go'.

He says he "can not depend" on Capcom and vice versa "from here on out," that they must walk separate paths. Keiji Inafune created Mega Man - top that. 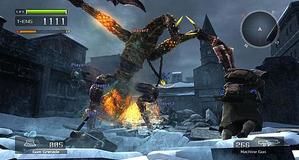