Here's something for you to Marvel at, pinball fans.

ZEN Studios has announced at New York Comic Con 2013 a new table for Marvel Pinball based on the mystical Dr. Strange, which will be released in December 2013.

Zen Studios has announced that four remastered classic Zen Pinball tables will be arriving on Xbox Live Marketplace as a DLC bundle on Wednesday, the 12th December, for 800 Microsoft Points.

At the Marvel Games panel today at New York Comic Con at the Javits Center in New York City, Zen Studios' latest downloadable content for Marvel Pinball has been announced, and it will follow the infamous Civil War plotline from 2006.

ZEN Studios has announced that Marvel Pinball: Avengers Chronicles downloadable content pack will be released on the PlayStation Network on the 19th June, while the Xbox Live Arcade version will be available a day later on the 20th June. The game will cost 800 Microsoft Points ($9.99 / €9.99.)

Zen Studios has announced that ZEN Pinball 2 will be released on PlayStation 3 and PlayStation Vita this coming Spring.

The PSN counterpart to the developer's Xbox 360 pinball title Pinball FX 2 will feature 26 tables, improved ball physics, online leaderboards and cross platform play between the PS3 and the Vita. 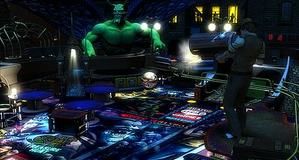