Remedy's Secret "Project 7" Game Could Be An Online Multiplayer Game

The next game from Alan Wake, Max Payne and Quantum Break developer Remedy Entertainment was expecting to be similar to their previous games, but a job listing makes P7 sound like an online title.

The more you think about it, the more you can argue that Max Payne - and quite a few other action games - are greatly exaggerated stream of events. But in the direct case of Max Payne, there's a strong chance that it was Max himself doing the exaggeration.

Sam Lake is a name most of us have heard of. Once the only writer over at Remedy Entertainment, he's responsible for the group's continued success with narrative-driven games like Max Payne, Alan Wake and Quantum Break. He's also the master of having his games recognise his own name.

With Remedy's co-founder and face of Max Payne - Sam Lake - appearing at all sorts of media events over the last month, it stands to reason he and his company wish to expand their grasp on the industry. And if a proposed IPO goes as planned, Remedy Entertainment will be well on their way to that goal. 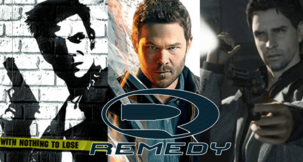 Remedy's Secret "Project 7" Game Could Be An... 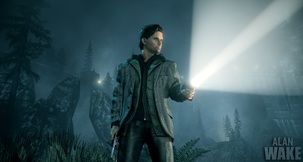 The Ideas Of Alan Wake And Quantum Break First...