You play as Tommy Conlin, a young marine who is bred for combat, and you will get plenty of it. As Conlin, you, and your combat squad, will take on the Japanese army in a no holds barred fight to the finish...

Over a week ago, GameWatcher noticed that Electronic Arts had posted that Medal of Honor: Pacific Assault would be "coming soon" to Origin's On The House free game downloads page. Well, "coming soon" is now, as the game is currently free.

Next free EA Origin deal will be Medal of Honor: Pacific Assault

Electronic Arts has announced on the official "On the House" page that the next game to be given away for free will be 2004's acclaimed shooter Medal of Honor: Pacific Assault. 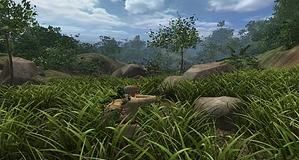