Middle-earth: Shadow of Mordor Cutting Out Its Online Features in December

Middle-earth: Shadow of Mordor will have online features like the Nemesis Forge and Vendetta missions removed at the end of the year.

A new Lord of the Rings TV series has a multi-season commitment at Amazon and will be a prequel to the novels - just like the recently released Middle-Earth games from Monolith. Could they cross over?

Through an interesting twist of fate, Middle-Earth: Shadow of Mordor has received an update almost 3 years after its release.

As PC gamers we're constantly living our gaming lives on the edge. Not necessarily because we're getting more of a technological thrill from our complicated rigs, but usually because we're worrying over whether a given game will make use of our needlessly expensive toys.

It's been a number of years since we strayed into Mordor to do battle against its many-faced Orc, but the very same beasts we culled back in 2014 could be the brunt behind our new army later this year. 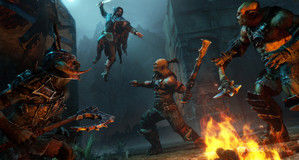