Rumor: Might & Magic Heroes Online to debut at Gamescom

A couple of Ubisoft domain name registrations have been spotted for "Might & Magic Heroes Online", which is interesting in light of the news that the publisher's Gamescom lineup will include some free-to-play announcements.

Ubisoft has released their list of showcase games for PAX Prime, suggesting that it's their biggest lineup ever for PAX, and they're not kidding. The games they'll be bringing over are some of the hottest games from the company. 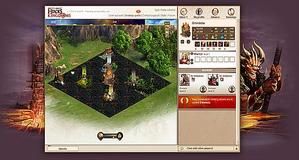