A strong opener to build on.

Minecraft: Story Mode Episode 1 Is Free On Steam For A Limited Time

A lot of people people own Minecraft. A lot of people also own Windows 10. So when Telltale's spin-off title 'Minecraft: Story Mode' starts dishing out its first episode for free through the Windows 10 store, you could expect the game to land on a lot of people's system. Seemingly unhappy with being gated behind Windows 10, however, Telltale has pushed the promotion a little further out to sea. The Steamy Sea, to be exact. It's on Steam.

Telltale continues to be one of the most prolific indie developers in the business, pushing out episodic adventures licensed from a wide variety of properties. The initial season of Minecraft: Story Mode wrapped up in March, but the follow-up Adventure Pass is bringing a further three episodes, the second of which launches next week.

Minecraft: Story Mode is receiving a sixth episode next week

Telltale have revealed the release date and community guest stars for the sixth episode of Minecraft: Story Mode. This new series is shorter than usual, spanning only three episodes instead of the usual five. Episode 6 has players continuing their journey through the portal hallway. Jesse and his/her friends discover a world that has been overrun by zombies. With the help of some famous members of the Minecraft community, players will find themselves thrown into a thrilling mystery.

Each episode will be available individually for $4.99 or equivalent. If you don’t want to purchase each episode as they come out, you can buy the new Adventure Pass for $14.99 which gives you access to Episode 6, 7 and 8 as soon as they release. In order to play the new series, players must own at least Episode 1 in the series, or the season pass disc. 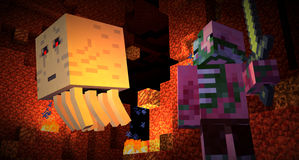 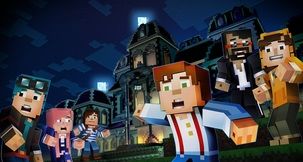 Minecraft Story Mode Not Only Being Delisted,...