Mortal Kombat Arcade Kollection has finally made its way onto PC, as it is now available on Steam for an MSRP of $9.99 USD. There is a special launch 15% rebate on the game, lowering its price to $8.49 USD.

For CyberMonday, Xbox Live Marketplace is serving up some nice deals on four Arcade titles, including Beyond Good & Evil HD, whose price has been slashed a whopping 70% today.

Sony has started a monthly sales chart for PlayStation Network sales, and Mortal Kombat Arcade Kollection was the best-selling game on PSN for the month of September. 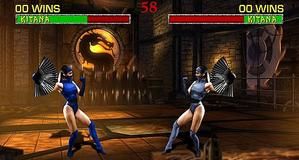