Napoleon: Total War marches into stores in an attempt to conquer your hearts. With the shadow of Empire looming behind it though, can it succeed? (PC)

Here at GameWatcher, we love the Total War Series, but which games are the best? Let's find out with our list of The Best Total War Games. 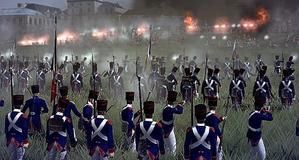