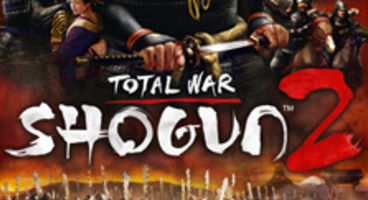 "Yep," said Creative Assembly's Mike Simpson. "We never stop, so yes." That was the studio big wigs response when asked if the British outfit were ready to undertake another Total War. It seems it’s been planned for quite some time too.

Will it move forward or backward in the timeline from Shogun 2? Simpson isn't saying. Still the Japanese ruckus for the Shogunate is "doing fab," he says. "We're 90 per cent Metacritic, which is exactly where we wanted to hit, and it's selling great."

"The original Shogun sold more copies in the second three years of its existence than it did in its first three years. They sell for ages. OK, they're not all at full price, but comparing one with another..."

"It's a really complex question," Heaton added, "because Total War games have a really long tail." The latest Total War instalments also support digital add-ons. Shogun 2 is "the best Total War game that we've made so far - no doubt about that." No buggy launch either.

"We learnt a lot from Empire," Heaton continued, "and we've been very, very careful. We followed Empire with Napoleon and that was really solid - we really bolted down on that. We're really happy with the release of Shogun 2."

What period do you hope Total War visits, or revisits, with their new project?