Retailer GAME is having a meeting with EA today to view some of the games that should be coming out in 2012.

During the meeting GAME took to Twitter to slip some information and mentioned a new Medal of Honor game and Need for Speed 13.

Electronic Arts has announced that some new downloadable content will be hitting Need for Speed: Shift 2 Unleashed on May 17th. The DLC is called "Speedhunters" and will include new cars and tracks, as well as new career paths. The DLC is inspired by Speedhunters.com.

What's happening on Xbox Live between now and the 23rd of May? Major Nelson and pals have posted the latest schedule for the Xbox Live Marketplace. 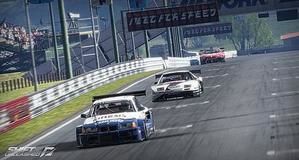