Gamers can now download the full, free 1.7 version of Nelly Cootalot: Spoonbeaks Ahoy! from Strategy Informer here. The game was originally released in 2007 on the Adventure Games Studio site. 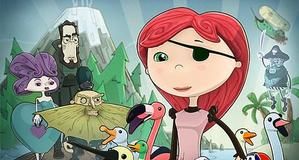