Liked the first two Orc Must Die! games? Don't feel like you've quite massacred enough orcs yet? Here's some good news for you then, the Orcs Must Die! Unchained closed beta will launch on June 27.

During the game's beta period the developers are promising the addition of "a whole new map, three additional heroes and the innovative deck editing system, which allows players to create the best possible combination of traps and creatures."

The Orcs Must Die! series is growing again as Robot Entertainment unveil the new Orcs Must Die! Unchained, although this time it's going free-to-play with a dash of MOBA, a pinch of collectible cards and a dollop of PvP.

It keeps its third-person view and colourful art style, as well as its strategic trap laying, but will now pit two teams of five against one another. We now command minions to attack.

Steam Workshop and Trading Cards coming to Orcs Must Die! 2

Robot Entertainment's Orcs Must Die! 2 is setting up a bench in the Steam Workshop, and is also getting in on the Trading Cards market. The studio is giving War Mages the option to expand their arsenal.

Fans of the game can now create and share new "traps, trinkets, and weapons." They can put together their own custom textures and Spellbook art too. Orcs Must Die! 2 released last summer. 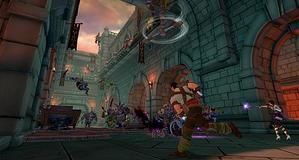 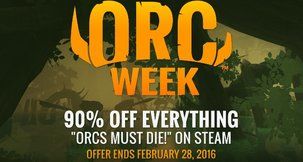