11 December 2013 | By Jonah A. Falcon
The new Humble Bundle has been announced, and this one doesn't have any real theme, just a ton of quality games, many of them with all their DLC attached. 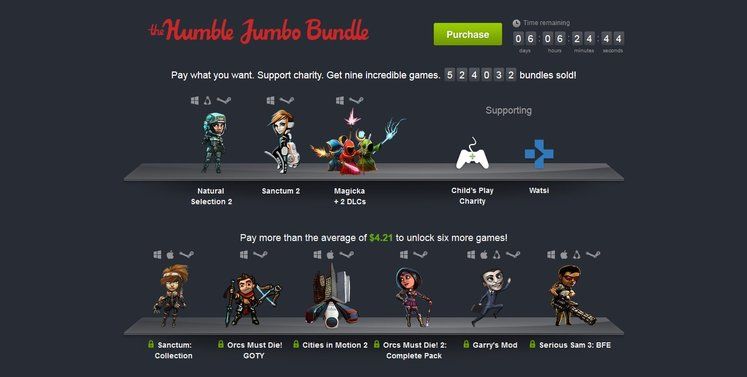 The games in the base pack for any price include:

* Magicka, including Dungeons and Daemons and Vietnam DLC.

* Orcs Must Die! GOTY Edition, including all DLC

As usual, the Humble Bundle can be picked up at the official site here.