Mastertronic signs PopCap to get their "sure-fire hits into retail"

UK publisher Mastertronic has partnered with casual game goliath PopCap Games to start distributing their wares to PC, console and handhelds in Europe.

In fact not just the EU but all PAL territories. The deal begins with PopCap Hits for Xbox 360 featuring Bejeweled 2, Peggle, Feeding Frenzy and AstroPop. 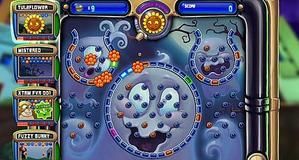