Telltale Games has announced that Puzzle Agent 2, the Graham Annable styled Professor Layton-meets-Fargo adventure game, will be available for purchase digitally on June 30.

Telltale Games has announced the sequel to their spooky puzzle adventure game, Puzzle Agent 2, set in the creepy town of Scoggins, Minnesota, featuring the unique artwork and animation by Graham Annable.

If there was any issue with the Professor Layton-meets-Twin Peaks game, it was that the puzzles were too easy. Hopefully, there will be some Laytonesque puzzles in the second go-around. 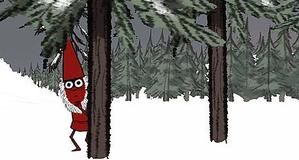