A developer for the upcoming and delayed-a-few-times RPG Raven's Cry has addressed the matter of TopWare Interactive's serial key-based DRM, or at least what 'people perceive' as a scheming system.

CEO Dirk Hassinger of TopWare tackles the DRM elephant in the room over their policy of having to activate serial keys in their third-party accounts system. It'd be "much easier to wave it."

TopWare Interactive's pirate RPG Raven's Cry is clearly going for the title of 'most delayed game ever', as the developer has just announced it will be pushed back once more to January 28, 2015.

The game was originally scheduled for release way back in in October 2013, but a series of setbacks followed. The game's been previously set for November and then December this year, but it seems we won't be merrily pirating and swigging rum this holiday season.

The pirate-themed RPG romp Raven's Cry from developer Reality Pump should have been out yesterday having already "hit some rough seas" and needing more time in dry dock.

The release date has come and gone, only to find Raven's Cry is now bound for the high seas in mid-December. It's a third-person adventure RPG with plenty of swashbuckling. 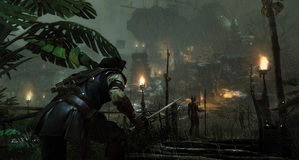 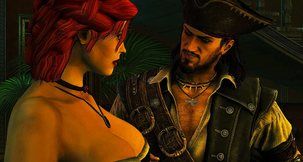 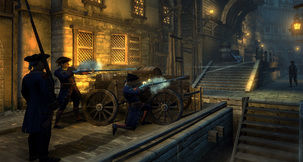